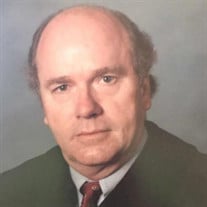 JUDGE JAMES C. BEASLEY, JR. SLIPPED AWAY ON FEBRUARY 21, 2021 INTO THE ARMS OF HIS LORD. HE WAS 70 YEARS OLD. Judge James C. Beasley, Jr. was born on January 11, 1951 to Martha Mahaffey Beasley and James C. Beasley, Sr. He graduated from Overton High School in 1969. In 1973, he received his Bachelor’s of Science Administration/Finance degree from the University of Memphis and Juris Doctorate degree from the University of Memphis Cecil Humphreys School of Law in 1977. From 1978 to 1995, Jim served as an Assistant District Attorney General and was assigned to the Major Violators Unit where he met the love of his life, Libba. She was a court reporter in Criminal Court who worked for 8 judges, at that time, as well as Jim’s father, Judge James C. Beasley, Sr. Jim always said that “He fell in love with the court reporter with the pony tail and yellow ribbon.” They married in 1982 and had two daughters, Beth and Sarah that meant the ‘whole’ world to him. Jim was a ‘family man’ in every sense of the word and he cherished their times together. Jim followed his Dad’s footsteps. His father was a longtime member of the Tennessee Judicial Conference. He served as a trial judge from 1970 to 1982 and also served as a designated trial and appellate judge for the next 30 years. Jim had always called his Dad his ‘hero’ so it was destined for him to become a judge himself. He was appointed to the Bench in 1995 by Governor Don Sundquist of Tennessee and served as a Criminal Court Judge in Division 10 in the 30th Judicial District, which serves Shelby County. In 2011, he was elected President of the 183-member of the Tennessee Judicial Conference which includes all state appellate and trial court judges. He was admired and respected by his judicial colleagues across the entire state. In addition, all those that appeared before him, both lawyers and their clients, held him in great esteem for his fairness and compassion. He retired from the Bench at the end of 2017 after 22 years of service without ever having opposition in an election. Jim was an avid golfer and loved playing the game with his wife, Libba, at Windyke Country Club. They travelled many states with friends doing exactly that, playing golf! On his ‘bucket list’ was to play Pebble Beach, The Links at Spanish Bay and Spyglass Hill which was a ‘check’ in the books. His hope was to continue playing many other major courses in the United States as well as going to Ireland and Scotland. His pride and joy was the birth of their only grandchild, Blakely Elizabeth McCracken, age 17 months. He absolutely adored her, and Blakely called him “Gah Gah.” (Grandaddy) He was looking forward to spoiling her in the years to come and especially to the new little one on the way in June. Jim was a devoted member of Grace Evangelical Church. He especially enjoyed taking his Dad to the Wednesday night services. Judge Beasley, Sr. always said that was a special time for them both. His faith was very strong on and off the Bench. He leaned on his faith to make decisions both in his professional and personal life. Judge Beasley was preceded in death by his Mother, Martha Mahaffey Beasley and is survived by his wife, ‘Libba’ Elizabeth M. Beasley of 38 years, his daughters, Elizabeth Beasley McCracken (Patrick) of Brentwood, TN. and Sarah Hudson Beasley of Charlottesville, VA., his father, Judge James C. Beasley, Sr., of Memphis, TN., his brother Mike Beasley (Lajuanna) of Horn Lake, MS., his sister Nancy Reynolds (Darwin) of Scottsdale, AZ. and several nephews and nieces whom he dearly loved. “I have fought the good fight, I have finished the race, I have kept the faith.” 2 Timothy 4:7-8 A visitation will be held March 5th from 12:00 p.m.-2:00 p.m. with a service to follow at 2:00 p.m. at Grace Evangelical Church at 9750 Wolf River Blvd., Germantown, TN 38139 In lieu of flowers, donations may be to given to Memphis Union Mission, 383 Poplar Ave., Memphis, TN 38105, St. Jude or a charity of your choice

JUDGE JAMES C. BEASLEY, JR. SLIPPED AWAY ON FEBRUARY 21, 2021 INTO THE ARMS OF HIS LORD. HE WAS 70 YEARS OLD. Judge James C. Beasley, Jr. was born on January 11, 1951 to Martha Mahaffey Beasley and James C. Beasley, Sr. He graduated from... View Obituary & Service Information

The family of Judge James C. Beasley Jr. created this Life Tributes page to make it easy to share your memories.

Send flowers to the Beasley family.