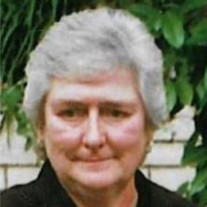 Jacqueline “Jackie” Louise Trenthem, 75, of Memphis, passed away on Monday, August 30, 2021. She was born in Memphis, Tennessee to Billy Jack and Helen Louise Trenthem on August 10, 1946. She was preceded in death by both her Mother and Father, Brother, David. and Nephew Marty Trenthem. Jackie is survived by the "Love of Her Life," her Wife, Maggie Zuendel, and Maggie's two children, Syd and Clint (Tara), that she loved and helped raise as her own. She was also blessed with six Grandchildren, Keifer, Keyli, Camden, Carter, Case and Kenna, and two Great Grandchildren, Paisley and Gunner. Sister Linda Parks (Marvin), Sister Terry Trenthem, Brother Dennis Trenthem (Nancy), Niece Jamie Clements, Great Niece and Great Nephew Katelyn and Jack Clements, Great Nephews Christian and Brandon Trenthem and Great Niece Brooke Trenthem, Niece Amber Trenthem, Niece Natalie Kay (Andrew) and Nephew Billy Tune (Ashley). Jackie retired in 2018 from City of Memphis Park Services as Athletic Director. She also owned and operated a trophy and screen printing business, Competitor, for about 10 years prior to her service with the City. She had a great talent as a softball coach and was known and loved for playing for and coaching teams such as Bill Speros, Marquis, Pelabole, Storm, Smoke Gamblers and so many more. She also attended and supported Hope Church where she often said, "Going to church makes my week better!" A Celebration of Life for Jackie will be held October 9, 2021, starting at about 1pm - at Tobey Park Field #1 (where Jackie spent so much of her life!), 2599 Avery Avenue, Memphis, TN 38112. Everyone is welcome to stop by and share a few minutes reminiscing about Jackie.