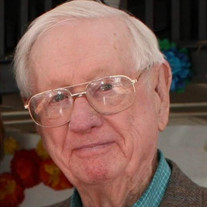 Jack Dunaway Holt, age 93 died suddenly from a stroke November 3, 2021 in Memphis, TN. Jack was born in Los Angeles, CA May 23, 1928. He moved to San Bernardino, CA and then to Redlands, CA where he resided and raised a family for many years. He moved to Lakeland, TN in 2020 where he lived the remaining years of his life. Jack graduated from San Bernardino High School in 1946 and then attended San Bernardino Valley College from 1946 to 1950 where he obtained his AA degree. He then enlisted in the US Army, where he served as a corporal for two years from 1950 to 1952 in El Paso, Texas. He remained in the Army Reserves until 1958. During his enlistment, Jack married Geraldine Hoge on December 19, 1950, who he met at Valley College. After his service in the armed forces, Jack attended the University of Redlands obtaining his undergraduate degree in political science in 1955. In 1955, he moved with his wife and first two children to Palo Alto to attend Stanford University Law School, earning his juris doctorate degree in 1958. After becoming a licensed attorney, Jack returned to Southern California and joined the San Bernardino District Attorneys office where he worked for the next two years. He then went into private practice as a partner in the offices of Keller & Holt where he specialized in family law, business and probate. He retired from practice and that firm in June 1994. Jack also had many passions and interests. He found his love of photography early in life and enjoyed working as a freelance photographer to local newspapers, in the US Army and recording the family history. He was active in many organizations over the years including the Lions Club, Legal Aid Society in San Bernardino, President of the San Bernardino Bar Association, 4-H leader, and a member of the Redlands Camera Club. Jack was a sailor and sailed for many years in races to Mexico and in and around the San Diego area participating often with the San Diego Yacht Club. He believed in an education and supported his family in all educational learning. He encouraged love of information and curiosity in all things to the people he touched. Jack was a son, husband, father, father-in-law, grandfather, uncle, cousin, mentor, friend and sage to many. Jack was preceded in death by his wife of 55 years, Geraldine. He is survived by his five children, Rebecca Holt Roche (Wilbank) of Lakeland, TN; Pamela Jenkins (Mark) of Hubbard, Oregon; Michele Krantz (Richard who predeceased her) of Fort Walton Beach, FL; Shawn Holt (Kathleen) of Newport, Oregon; and Martha James (Bill) of Plano, Texas. He is also survived by 12 grandchildren, 9 great grandchildren, and cousins Tom Denham (Sandi), Steve Denham, and Gretchen Cestero (Ramon). Words cannot express the magnitude of the mark he has left on this world. Internment at West Tennessee VA, 4000 Forest-Hill Irene, Memphis gravesite 9:00 am, November 12, 2021. Family will receive guests beginning at 1:00, Memorial Park Funeral Home and Cemetery, 5668 Poplar Avenue. Memorial service 2:00 pm. Additional service in California will be arranged for mid-February 2022. The service is available for viewing on the web: Event Date: Nov 12th, 2021 Event Time: 1:49pm Central Time Location: Memorial Park Funeral Home http://webcast.funeralvue.com/events/viewer/63340

Jack Dunaway Holt, age 93 died suddenly from a stroke November 3, 2021 in Memphis, TN. Jack was born in Los Angeles, CA May 23, 1928. He moved to San Bernardino, CA and then to Redlands, CA where he resided and raised a family for many years.... View Obituary & Service Information

The family of Jack Dunaway Holt created this Life Tributes page to make it easy to share your memories.

Send flowers to the Holt family.