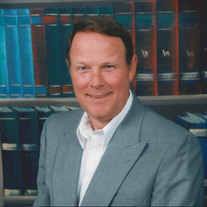 H. Larry Parrish born July 28, 1945: husband, father, grandfather and friend to many peacefully passed from this life August 24, 2021, at the age of 76. Survived by his wife Judy Parrish, a son Scott Parrish and a daughter Tammy Davis and preceded in death by Tom and Maxine Parrish and wife Patricia Parrish. There are eleven grandchildren from the blended family; Haley, Kaleb, Ryan, Sarah, Jessica, Aiden, Campbell, Zoe, Stella Grace, Gunnar and Sophia. He also leaves many friends of a fast and fun filled life. His education began at Cherokee Elementary School and continued at Sherwood Junior High. He graduated from Messick City High School in Memphis, Tennessee. An excellent athlete, he excelled at baseball and city league basketball. Larry also believed he was a good golfer, but we all know beauty is in the eye of the beholder. His college education was split between Memphis State (yes it was Memphis State at that time) and Mississippi State. Following college Larry enlisted in the U.S. Army. After basic training and officer candidate school, he entered the Army as a second lieutenant. Following a tour in Vietnam, he was awarded the Bronze star for his service. After a tour in Germany, Larry left the Army as a Captain and returned to Memphis. Beginning a career in the transportation industry with Western Carloading, he was struck with debilitating Multiple Sclerosis from his contact with Agent Orange in Vietnam. As always, Larry did not allow his malady to slow him down. Active in Rossville Methodist Church, fully engaged with grandchildren, following his favorite sporting events and of course John Wayne movies; Larry squeezed as much out of life as his MS would allow. He always maintained his smile and crazy wit. A unique man who touched many people. He passed peacefully, at peace with God and himself and left his foot print on many hearts. A visitation will be held Wednesday, September 1st from 5-7 pm with a memorial service following Thursday, September 2nd at 11:30 am. All services will be held at Memorial Park in Memphis, TN. In lieu of flowers, memorials may be sent to the Multiple Sclerosis Foundation. https://msfocus.org/Donate.aspx Click the link below to view the service online. http://webcast.funeralvue.com/events/viewer/59645/hash:D66270BA1D02CE60

H. Larry Parrish born July 28, 1945: husband, father, grandfather and friend to many peacefully passed from this life August 24, 2021, at the age of 76. Survived by his wife Judy Parrish, a son Scott Parrish and a daughter Tammy Davis and... View Obituary & Service Information

The family of H. Larry Parrish created this Life Tributes page to make it easy to share your memories.

Send flowers to the Parrish family.