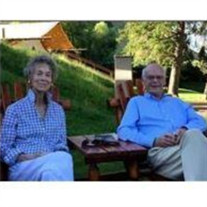 George Edward Cates was born in Burlington, North Carolina on September 25, 1937 and spent his formative years there and in Macon, Georgia before finishing high school in Atlanta, Georgia. He attended Georgia Institute of Technology, graduating in 1959, where he played golf and adopted a life-long addiction to The Varsity restaurant. He finished most prayers with, "Bless Georgia Tech". After marrying his lifelong partner and love, Bena, he moved to Memphis, Tennessee, and began working for Buckeye Cellulose. He left to work in real estate development and later started The Cates Company in 1977, focusing on apartments. In 1994, The Cates Company went public on the New York Stock Exchange and changed its name to Mid-America Apartment Communities (now MAA). A born servant leader, he focused on nurturing people and building deep relationships whether in business or civic engagement. In addition to the formation of a long-term business that created thousands of meaningful and high quality jobs, he served his community with vigor. Cates served on numerous boards including The Memphis and Shelby Airport Authority; Memphis Botanic Garden (Chair); The Community Foundation of Greater Memphis (Chair); Memphis Rotary Club (Chair); Memphis Light, Gas & Water (Chair); The Memphis Symphony Orchestra (Chair); Methodist Healthcare; First Tennessee Bank; The University of Tennessee Board of Trustees; The University of Tennessee Endowment; and in the last decade was the founding Co-Chair of both Neighborhood Preservation, Inc. and Overton Park Conservancy. Friends and colleagues have consistently pointed out his resistance to taking credit for so many of the things he accomplished, which was his standard operating procedure. He also had a secret weapon at his side in all he did, his wife Bena. He loved life and lived it fully. He was adventurous and traveled all over the world. His passion for aviation was an important component in building his company, but also in serving others, which he did by flying families with health-related needs all across the country. He was an instrument rated pilot holding multi-engine certification in both turbo props and jets. Although he didn't seek accolades, he received numerous awards including Georgia Tech's Dean Griffin Community Service Award in 2017. Most importantly, to him and to those he loved, he was an extraordinary husband, father, grandfather, and friend. All who knew him were blessed by his quick wit, empathy, joy, compassion and love for all. He was intellectually curious and open-minded in an exemplary way. He lived his faith. He leaves his wife of 60 years (as of June 16th, 2021), Bena Broyles Cates; his son Staley Cates and Staley's children Edward, Edward's wife Avery and their son James, and Staley's daughter Margaret Cates Luna and her husband Matt Luna, as well as Staley's partner Sabine Langer and her children India and Kai; his son Andy Cates and his wife Allison, and their children Stephen and Frances; as well as so many dearly loved family members and friends. He will be buried in a private family only graveside service with a Memorial service to be set for a later date. The family asks any gifts in his honor be directed to the Memphis area, including places he cared deeply about such as Overton Park Conservancy, Neighborhood Preservation, Inc, Memphis Fourth Estate, Soulsville, and Alpha Omega Services.

George Edward Cates was born in Burlington, North Carolina on September 25, 1937 and spent his formative years there and in Macon, Georgia before finishing high school in Atlanta, Georgia. He attended Georgia Institute of Technology, graduating... View Obituary & Service Information

George Edward Cates was born in Burlington, North Carolina on...