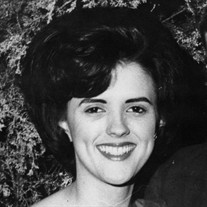 Dixie Inez Austin passed away peacefully at home on February 4, 2022. She was born in Memphis, Tennessee on July 9, 1941, the oldest daughter of Virgie Fitchpatrick Thompson. Dixie grew up in Memphis and graduated from the University of Mississippi. Through a blind date in college, she met the love of her life, Joseph Gerard Austin, Sr. They were married in 1963, and moved to Gerry’s family farm in Lake Cormorant, MS, where she worked as a schoolteacher, secretary, and farmer’s wife. After moving back to Memphis with Gerry and her two children, Dixie served on the Altar Guild and other committees at Calvary Episcopal Church and volunteered for local charities, such as Subsidium, Le Bonheur, and Les Passées. Later in life, Dixie loved to travel throughout Europe. She was a talented artist, producing dozens of paintings of her favorite travel destinations, and enjoyed interior design, collecting antiques and furniture on her journeys. Dixie was a fierce bridge player, a loyal friend, and a true southern lady. In addition to her beloved and devoted husband Gerry, Dixie leaves her son, Joseph Gerard Austin, Jr. (Tricia) of Memphis, TN, and her daughter, Carrie Austin Playfair (Edward), and their two children, Lyon and Izzie, of Nashville, TN. Dixie’s grandchildren gave her much pride, and she loved them dearly. She always enjoyed their daily phone calls, humorous pictures, and laughs of the day. Dixie also leaves two sisters, Patsy Sullivan and Melva French (Mark) of Memphis, TN, for whose support she was very grateful. She also leaves extended family in Memphis and Mississippi. Visitation will be held at Calvary Episcopal Church in downtown Memphis, on Valentine’s Day, Monday, February 14 at 10:00am, with the funeral service at 11:00 am. There will be a graveside service at Memorial Park Cemetery immediately afterwards. The funeral service will be live streamed online at https://calvarymemphis.org/ and https://www.facebook.com/calvarymemphis/. In lieu of flowers, the family requests that memorials be directed to the Parkinson’s Foundation or the American Cancer Society.

Dixie Inez Austin passed away peacefully at home on February 4, 2022. She was born in Memphis, Tennessee on July 9, 1941, the oldest daughter of Virgie Fitchpatrick Thompson. Dixie grew up in Memphis and graduated from the University of Mississippi.... View Obituary & Service Information

The family of Dixie Inez Austin created this Life Tributes page to make it easy to share your memories.

Dixie Inez Austin passed away peacefully at home on February...

Send flowers to the Austin family.