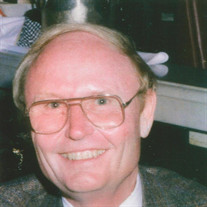 George Dennis “Denny” Day, 83, passed away at his home in Germantown, Tennessee on November 4th, 2021. Denny was born on August 6th, 1938 in Marshalltown, Iowa, where he grew up. He graduated from Marshalltown High School and attended Iowa State. His first job was at Day’s Dairy, owned by his family. He also worked at the family bowling alley, Day’s Lanes. He met Nadene Wolf in Marshalltown and they were married in 1960. They were married for 60 years. Denny began a long and successful career in the restaurant business, starting with the opening of Henry’s Hamburgers in Marshalltown in 1963. He next managed Burger Chef, serving 15 cent hamburgers and a complete meal with French fries and a shake for 50 cents. His first original concept restaurant was The Pier, which opened in Des Moines, Iowa in 1974. The restaurant was successful, and Denny began looking for a second location. He settled on the Mississippi Waterfront in Memphis Tennessee, feeling optimistic that his restaurant would inspire other businesses to come to Downtown Memphis. The second Pier Restaurant opened in 1977 with the support of Charlie Vergos, who was instrumental in helping see the restaurant through to completion. The Pier met with great success and the Day Family moved to Memphis in 1978. As a result of his vision, Denny received the 1979 Tennessee Small Business Person of the Year award and represented Tennessee during ceremonies presided over by President Carter at the White House. Denny continued to invest in Downtown Memphis, opening Wolfgang’s Restaurant on Front Street. In 1981, after the German Beer Hall closed Denny opened his next concept, The Butcher Shop, a cook-your-own steakhouse. As a result of his continued investment in downtown he was named a finalist for the Memphis Business Journal Annual Small Business Award in 1988. Subsequent Butcher Shops opened in Little Rock, Knoxville, Dallas, Chicago and Orlando. In 1999, Denny opened a second Butcher Shop location on Germantown Parkway next to the Shelby Show Place Arena and the Agricenter. The move to Cordova turned out to be a great idea and The Butcher Shop has been in business at this location for 40 years. Denny remained an entrepreneur at heart: he opened several other restaurant concepts including Jose ‘O’ Days in Orlando, Bookies Sports Bar and Grill in Chicago and Slim Skillets in Cordova Tennessee. Denny’s restaurant career spanned over 57 years. Outside of work Denny loved fast cars, fast boats and motorcycles and owned many vehicles in each category over the years. He loved all his different motorcycles and took many trips: his favorites included The Sturgis Motorcycle Rally, the California Coast and Daytona Bike Week. Nadene accompanied him on several of the motorcycle adventures and his grandchildren loved to ride on the back of his bike. Denny’s favorite boat was a 41 Foot Apache Offshore Race Boat named Tender & Juicy: his friends and family accompanied him on several boating trips throughout South Florida. He also had several business adventures making trips to Saudi Arabia, China and Europe. Denny and Nadene learned to ski on their honeymoon and his family will remember many great ski vacations in Colorado, Utah and Wyoming. Denny was an avid tennis player and shared his love of tennis with both of his children, accompanying Scott to tournaments and several USTA Regional and National Championships. Well into his seventies Denny could play tennis in the hot sun for hours on end. Denny also loved animals and many a cat napped on his lap and was fed at his backdoor, including a long-term resident at The Butcher Shop in Cordova, known as “Butcher Shop Betty”. Denny never met a stranger, and his kind and generous spirit will be missed by all. He touched many lives in 83 years with us. He was beloved by his Grandchildren and they have fond memories of their time with “Poppy”. He was a kind and gentle caregiver to them when they were young, and they will miss his laughter and storytelling. We will also miss some of his special touches in our lives: playing gin rummy, riding on his motorcycles, the cards he sent us, his famous spaghetti, popcorn cheese and apples on Sunday, riding and driving his sports cars, rollercoaster rides, Hershey’s syrup on ice cream, peanut butter and pickle sandwiches and his very ticklish feet. Denny was preceded in death by his parents, Eleanor L. Day and George F. Day and his brother, David L. Day. Denny leaves behind his wife of 60 years, Nadene and his two children Michelle Day Harkins (Jim) and Scott Day. He is also survived by his 5 grandchildren: Logan Day, Carsen Harkins, Caroline Harkins, Chandler Harkins and Silas Day. Visitation will be held on Friday, November 12th at 2:00pm at Memorial Park Funeral Home and Cemetery followed by A Celebration of Life at 3:00pm. In Lieu of flowers donations can be made to the Memphis Humane Society or any animal rescue organization or a charity of the donor’s choice. To view the webcasted video please click this link : http://webcast.funeralvue.com/events/northstar/63667/hash:F41612BAAB073790

George Dennis &#8220;Denny&#8221; Day, 83, passed away at his home in Germantown, Tennessee on November 4th, 2021. Denny was born on August 6th, 1938 in Marshalltown, Iowa, where he grew up. He graduated from Marshalltown High School and attended... View Obituary & Service Information

The family of Dennis "Denny" Day created this Life Tributes page to make it easy to share your memories.

George Dennis “Denny” Day, 83, passed away at his home in Germantown,...

Send flowers to the Day family.