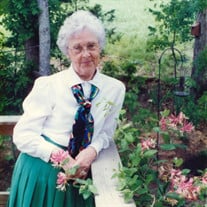 What can one say about a legacy? She is strong willed, comes out on top of every seemingly indomitable situation and never shows a look of defeat. Such was true of Denera Belton Tillman who passed from this life on January 13, 2021. Just three days shy of her 100th birthday, Denera knew that her great God up above was ready to bring her home. The journey found this interior decorator joyful with bliss. She would now be reunited with her one and only love. Derrick Tillman, her husband, had been waiting for some time for Denera’s company once more. Born on January 16, 1921, Denera Belton Tillman was destined for a long prosperous life. Denera was voted Miss Nankipoo High during her eleventh-grade year and graduated as Valedictorian of her senior class. Shortly after marrying her true love Derrick Tillman, they moved to Memphis where Denera would thrive as an interior decorator. She received many awards for the quality of her work and for her salesmanship in her field. Not only was Denera Tillman a dedicated employee with an amazing work ethic, but her work for the Lord was never put into second place. Denera walked with Christ daily and had been a member of Bellevue Baptist Church since 1948. Her love for the Lord not only allowed her to shine in the workplace, but in her home as well. Denera was an outstanding mother to two daughters: Sandra Tillman Cochran and Beverly Tillman Lewis. Although inundated with worries at time, no one could ever tell due to Denera Belton Tillman’s stoic look on her countenance. Denera truly lived and loved life. Her memberships to several garden clubs allowed her to express her lifelong love of flowers, plants and birds. Denera Tillman was very well loved with many friends, including several close caregivers who became as family over the years. She was preceded in death by her husband, Derrick M. Tillman, daughter, Beverly Tillman Lewis and her granddaughter, Stacie Lewis Carlson. They were happy to welcome her to her heavenly home. Denera is survived by her daughter, Sandra Tillman Cochran (Gene), a grandson, Derrick Lewis (Rachel) and three great-grandchildren, Piper Carlson, Meadow Lewis and Allie Lewis. All believe that life is everlasting for the soul and that her 100th birthday in Heaven was the best it possibly could have ever been with her Lord and Savior. In lieu of flowers the family asks donations be made to Bellevue Baptist Church or Love Worth Finding. Click here to view the webcasted service: http://webcast.funeralvue.com/events/viewer/46028

What can one say about a legacy? She is strong willed, comes out on top of every seemingly indomitable situation and never shows a look of defeat. Such was true of Denera Belton Tillman who passed from this life on January 13, 2021. Just three... View Obituary & Service Information

What can one say about a legacy? She is strong willed, comes...