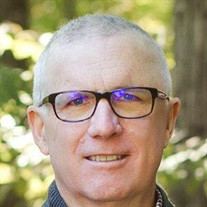 On August 3, 1954, David Lynn Savage was born to Clifford and Doris Savage. He grew up as the middle child of five in the Oakhaven neighborhood of Memphis, Tenn. He gave his life to Jesus Christ at age 12 and was later baptized in 1966, following the legacy of faith of his parents. David attended Oakhaven High School where he played football, and more importantly, where he met the love of his life – Debra Ward – in the 10th grade. They married about a year after high school and within the first six years of marriage, had four children – two boys and two girls. In 1983, David left the family painting business to go out on his own. He founded Savage Construction and built beautiful custom homes in the Memphis area. Over time, he expanded into commercial buildings, remodels, dental offices and more. He truly loved his work. His eldest son Andy is continuing his legacy by running Savage Construction today. David became Papa when his first grandchild Drew was born and eventually became the very proud grandfather to 12 grandkids – 10 boys and two girls. David had a dry wit, a great sense of humor and an infectious laugh. He was a Memphis Tigers and Grizzlies basketball fan. Most of all, he loved his family and his wife, Debbie, with all his heart. They were married nearly 47 years and chose to love and serve each other every day, for better or worse, in sickness and in health. Early into his journey with brain cancer, David and Debbie decided not to continue to pursue treatment, but to instead spend his remaining time enjoying life with those he loved most. He passed peacefully at home on February 8, 2021 at the age of 66, with Debbie at his side. David leaves behind a legacy of love, faith and family, who are heart-broken by his absence while encouraged by his eternal healing. His family includes: his wife Debbie; daughter Jessica Seidner and her husband Ryan; son Andy, his wife Amanda and their sons Drew, Cooper, Wesley, Ford and Joshua; daughter Regan Goranson, her husband Leif and their sons Luke, Ben and Mason; son Jacob, his wife Jana, and their children Audrey, Cole, Norah and Grayson; his siblings Donna Hathcock, Joe Savage, Richard Savage and Rhonda Sparks; and many other family members and friends. We – David’s family – are so grateful for the time we had with him. We are confident that he has been gloriously healed by our Heavenly Father and is now with Our Savior, Jesus. Thank you to all our friends and family for helping us honor our beloved husband, father and Papa. We love you. To view the service online of Mr. David Savage. Please click the link below. https://www.tributeslides.com/tributes/show/5HX32T4FBJRDQCJK

On August 3, 1954, David Lynn Savage was born to Clifford and Doris Savage. He grew up as the middle child of five in the Oakhaven neighborhood of Memphis, Tenn. He gave his life to Jesus Christ at age 12 and was later baptized in 1966, following... View Obituary & Service Information

The family of David L Savage created this Life Tributes page to make it easy to share your memories.

Send flowers to the Savage family.