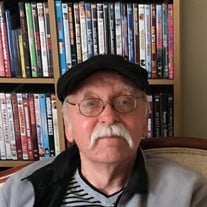 David James Miller died Friday, September 24th at the age 75 in Memphis, Tennessee. He is survived by his beloved wife of 53 years, Vicki Miller, three children, Amanda Miller, Ashley Miller, and Alaina Odate, and three grandchildren, Sachi Odate, Lorelai Dohmen, and Mina Odate. He is preceded in death by his father, Norman Miller, his mother Louise Boehm Miller, his brother, Norman Miller, and his sister, Mary Lou Micheli. David was born and raised in Pittsburgh, Pennsylvania. The youngest of three children, he had to grow up fast as his father died when David was only six years old. He joined the Navy at age 17 and served three tours in Vietnam. He married Vicki in November of 1967 in Pass Christian, MS. He then spent another 19 years in the Air Force. While serving in the Air Force, David was often stationed abroad. He spent 12 years in Germany with his family and one year in Turkey alone. After retiring from the Air Force, he was a regional manager at Qwest Communications, then Corban Communications, until retiring in 2006. But he just couldn’t stay retired. He went to work at Pods. He finally retired to focus his house renovations in 2016. David was a fun-loving, caring parent and spouse. He delighted in teasing his family. He convinced Vicki that she could see the astronauts in their cabin as they returned from the Apollo 11 mission. He convinced Alaina that you could only ride horses in Texas, and that while you’re there, you have to watch out for roaming tumbleweeds. Thanks to David, Ashley believed that jackalopes were real animals. And once, Amanda made a comment about believing Nosferatu was a real vampire and David never stopped pointing at trailers for vampire movies and saying, “Look, Amanda, a documentary.” These jokes were just one way of demonstrating his love for his family, a love that was often selfless. He saved up for years to buy Vicki a diamond ring. And he built a whole world for his daughters in their back yard: a house (complete with a countertop, shingles, and a wrap-around porch), a sandbox, an eagle’s nest, and a swing set. David became genuinely interested in his daughters’ hobbies, whether watching Big Brother with Amanda, playing trivia with Ashley, or helping Alaina with art projects. He never once bemoaned having all girl children and grandchildren. They were the joys of his life. And he loved sharing his favorite movies and shows with others. In 2015, David became a grandfather and he’s known lovingly by his grandchildren as “Panka.” He loved wearing his bathrobe, whether painting, repairing his cars, or ironing his clothes while watching the Steelers (win). He would fix and repair anything around the house. That didn’t mean, of course, that his solutions looked good. But his family learned to smile and let him take pride in his work. His jokes, smiles, wisdom, and tinkering are missed dearly. In lieu of flowers, the family asks that donations be sent to Disable American Veterans (DAV). To honor David in this way, visit DAV.org and click “Donate Now.”

The family of David James Miller created this Life Tributes page to make it easy to share your memories.

Send flowers to the Miller family.