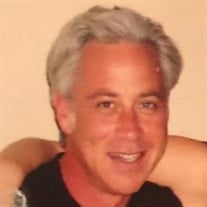 David Warren McQueen, 60, of Memphis, Tennessee, passed away on Wednesday, November 25, 2020. He was preceded in death by his father, Van M. McQueen and sister-in-law, Patti Wray McQueen. Mr. McQueen is survived by his mother, Bonnie Jean Heringer; his three siblings, Van Michael McQueen, Jeanne McQueen Arnold (Kent), and Vicki McQueen Blackmon (Bill) and five nieces and nephews, Brooke McQueen Kochel (Charles) and their daughters Pilar and Rumi, Kent Auburn Arnold and his daughter Jolie, Taylor McQueen LeBaron (Tyler) and their son Leo, Michael McQueen (Shanna) and their sons Wyatt and Finley, and Hunter McQueen. David graduated from Jonesboro High School, Jonesboro, Arkansas in 1979. Having worked in the airline industry as a steward for 30+ years traveling the world, he spent much of his life living in places such as Kauai, Hawaii, Rio de Janeiro, Brazil, Fort Lauderdale, Florida and Newark, New Jersey. He had dear friends all over the world including his best friends - Piper, Maria, Deborah and Adam - whom he met in airline school and with whom he maintained close relationships throughout their lives. David was very charismatic and fun-loving. He loved the beach, loved to dance, make new friends and collect artifacts and knick knacks he called his "chotskies". His adventurous spirit led him to experience the world on his terms. Although he loved and was loved by many, his mother held a special place in his heart, and that brought him home to the Mid-South to be her devoted caregiver. Due to the current national health conditions there will be a private Celebration of Life. The family welcomes you to post tributes, photos and share memories at the link below: www.memorialparkfuneralandcemetery.com/obituaries Memorial contributions may be made in David's honor to Samaritan's Purse. Click the link to donate: www.samaritanspurse.org