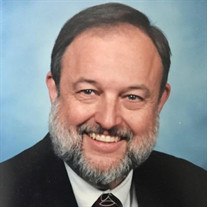 Longtime Germantown resident David Arlen Kirkscey, 85, died October 27, 2021 in Memphis, TN. Mr. Kirkscey was born May 5, 1936 in Marlin, TX to the late W.G. Kirkscey and Mamie Bernice Davis Kirkscey. A graduate of the University of Memphis School of Law, Mr. Kirkscey was an active member of the Tennessee Bar Association in good standing since 1966 and held an active/good standing with the Board of Professional Responsibility of the Supreme Court of Tennessee. He started his law career with Holt, Bachelor and Spicer of Memphis in 1966 before founding his own law firm Sacharin & Kirkscey with partner Jon Sacharin in 1973. In later years, additional partners joined the firm, including Melinda Plass Jewell and Michael Flexsenhar; and Lisa Smith, his loyal office manager, has been an integral part of his firm since its founding. Mr. Kirkscey was an accomplished attorney whose law career spanned 50 fulfilling years.Upon his retirement in 2016, Sacharin, Kirkscey and Flexsenhar was the longest-standing collection law firm in Memphis. As part of his law career, he gave special lectures at the University of Memphis and served as an interim judge in the courts from time to time. His interests included playing poker as well as both the clarinet and bass clarinet. He was a founding member of the River City Community Band with his brother Jerry Kirkscey and a few friends in 1974—now a 65-piece band known as the Memphis Wind Symphony. Mr. Kirkscey loved to travel to the beach with his family and go fishing; he was also a voracious reader. Generous in heart and spirit, he was a loving man and loved by many. There was nothing he wouldn’t do for his family or friends. And whether you were family, friend or stranger, he always had a story or joke to share that would brighten anyone’s day. He is survived by his beloved wife of 52 years Julia H. Kirkscey, his daughter Melissa Hungerford of London, UK, and son John Kirkscey of Memphis, TN; and brother Jerry Kirkscey of Germantown, TN and sister Kathy Kanak of Libertyville, IL. He is also survived by his grandchildren Aidan and Quin Hungerford of London, UK. Mr. Kirkscey’s funeral will be held on Monday, November 1st, at Memorial Park Funeral Home & Cemetery. Public visitation will be from 12:30pm to 2:30pm followed by a chapel service at 2:30pm. To view the webcasted service click the link below: http://webcast.funeralvue.com/events/viewer/63020/hash:E0314702F0B28C98

The family of David Arlen Kirkscey created this Life Tributes page to make it easy to share your memories.

Send flowers to the Kirkscey family.