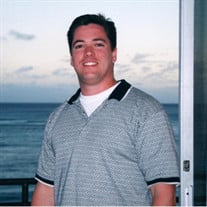 David F. Eisenbraun, 50, of Cordova, TN, passed away on January 26, 2022. He was a devoted husband, son, father, brother, uncle, and friend who loved his family. In addition to his parents, Frank and Dina, David is survived by his wife, Stacy Castile Eisenbraun; daughters, Ashley and Ava; brothers, Dan (Stephanie) of Byhalia, MS, Steve (Karon) of Arlington, TN, and Joe (Kathy) of Hernando, MS; several nieces and nephews and his father-in-law, Robert Castile of Cordova, TN. David was preceded in death by his grandparents, Roland and Elma Cox of Boone, Nebraska, Walter and Elsie Eisenbraun of Tripp, South Dakota, mother-in-law Donna Castile of Cordova, TN, and sister-in-law Valerie Ashby of Collierville, TN. He earned a Bachelor of Science in Mechanical Engineering from Christian Brothers University in 1994 and a Master’s in Business Administration from Christian Brothers University in 2006. David spent the last 10 years working at Koppers Performance Group (formerly known as Osmose) where he was part of the Koppers Leadership Development Program. He was the Production Manager and rising leader for their flagship site in Millington, TN. Over his 28 year career, he held other positions in the Engineering field with Witt Heat Transfer Products, American Metal Products, and Hart & Cooley. David was born in Columbus, Ohio on December 26, 1971, before his family moved to Memphis the following year. David completed Confirmation at Germantown United Methodist Church in the 5th grade, where he and his family are members. He grew up in Germantown, Tennessee, and attended Riverdale Elementary where me met Stacy, the love of his life. He graduated from Germantown High School in 1990. David loved playing sports, especially high school basketball and baseball. During his life, David found a way into everyone’s heart. He will be remembered best for his ability to make people laugh and smile with his sarcasm. David was a devoted friend and family man. He always put others before himself, especially his family. David truly enjoyed doing everything with his wife and daughters. It didn’t matter if it was a vacation or just going to get gas, he wanted us all to be together. He truly treasured his time with his family. David’s favorite past times included playing computer games and sports with his daughters, watching documentaries and funny movies with his wife, working with computers, creating home renovations, stock car racing, reading, and hanging out with the family dog in his favorite chair. The visitation will be held Saturday, February 5, 2022 from 1:00 p.m., until the service time at 2:00 p.m. at Memorial Park Funeral Home and Cemetery. Interment will be in Memorial Park Cemetery. To view the service online click the link below. http://webcast.funeralvue.com/events/viewer/68713/hash:8E9921FEFEAFB30D

David F. Eisenbraun, 50, of Cordova, TN, passed away on January 26, 2022. He was a devoted husband, son, father, brother, uncle, and friend who loved his family. In addition to his parents, Frank and Dina, David is survived by his wife, Stacy... View Obituary & Service Information

The family of David F. Eisenbraun created this Life Tributes page to make it easy to share your memories.

Send flowers to the Eisenbraun family.