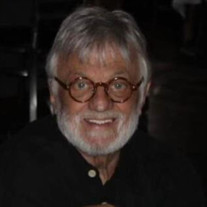 Charles “Chuck” Joseph Robilio (78) of Memphis passed away on January 12, 2022. He was preceded in death by his father, John P. Robilio, Jr., his mother, Rena Aviotti Robilio, and his brother, John P. Robilio, III. He is survived by his son, Dr. Peter (Drew) Andrew Robilio of Santa Barbara, CA, his daughters, Gina Robilio Williamson of San Antonio, TX, Monica Robilio Dean of Boise, ID and Amy Robilio Reggio of Dallas, TX, and his eight grandchildren, Peter Robilio, Andrew Robilio, Elisabeth Robilio, Kaela Williamson, Landry Williamson, Logan Dean, Ellen Dean and Hudson Reed. Chuck was born in 1943 and was proud to call Memphis home. He attended Blessed Sacrament School, Holy Rosary Catholic School and Christian Brothers High School. Growing up, he worked in his family's restaurant and grocery store, Robilio's Fine Foods. He attended Tulane University, where he was a member of the Sigma Alpha Epsilon fraternity. After earning a Bachelor’s degree in business, he returned to Memphis and joined his family’s current business, Self Service, Inc., selling equipment to grocery stores and restaurants city-wide and forming life-long friendships with many local business owners. Chuck is probably most known for the many hobbies he enjoyed. As long as anyone can remember, Chuck collected military memorabilia. His collection, along with his research and knowledge, was constantly growing. When not in collecting mode, Chuck might be found riding motorcycles or working in his garage on one of the many vintage cars he collected over the years. He was partial to Studebaker and Willys and his children and grandchildren had fun taking rides around town with their dad/Grandpa Chuck in one of his latest acquisitions. Chuck was also a great athlete, playing basketball and football in his youth and moving on to softball and soccer as an adult. He was an avid sports fan who would abruptly stop any activity to sit and watch his favorite college football or basketball team, especially his children’s college teams. Chuck’s love for his children and grandchildren brought him much happiness. He especially treasured the time they spent together on holidays and vacations. Chuck was one-of-a-kind and special to all who knew him. He had a witty sense of humor and was always ready with a joke or funny story to share. He was a wealth of knowledge on many subjects, but he will be most remembered for his kind heart and warm and welcoming smile. Chuck will be greatly missed. UPDATE SERVICE LOCATION AND TIMES HAVE CHANGED DUE TO THE WEATHER. Visitation will be held Friday, February 4th, from 12:30 p.m. until the start of the funeral service at 1:30 p.m. at Memorial Park Funeral Home and Cemetery, 5668 Poplar Ave., Memphis TN, 38119. In lieu of flowers, the family requests donations be made in Mr. Robilio’s name to Christian Brothers High School at https://www.cbhs.org/support/give-now.

The family of Charles Robilio created this Life Tributes page to make it easy to share your memories.

Charles “Chuck” Joseph Robilio (78) of Memphis passed away on...

Send flowers to the Robilio family.