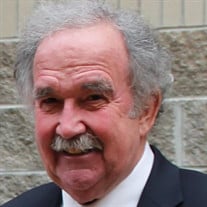 Charles “Chuck” Tate Dawkins, 72, of Memphis, Tennessee, passed away on Friday, August 28, in Germantown, Tennessee. Visitation will be Thursday, September 3 at 10:30, at Memorial Park in Memphis, with funeral services beginning at 11:30 and burial immediately following the funeral. Charles was born in Memphis, Tennessee to Terrell and Evelyn Dawkins on July 25, 1948. He attended State Tech and Christian Brothers University. He worked as an electrical engineer for Dawkins Electric Company before enlisting in the Navy. Charles was a proud veteran of Vietnam War. He married Pamela Chapman on March 17, 1973, in Memphis, TN. Chuck worked for Kellogg’s and Federal Express before retiring from Memphis Light, Gas, and Water. Charles is preceded in death by his parents, Terrell and Evelyn Dawkins, and his step-mother, Geneva Dawkins. Charles is survived by his wife, Pamela Dawkins, his two children, Charles Christopher Dawkins and Lindsey Dawkins Collins, and their spouses, Mary Gribble Dawkins and Carey Michael Collins, all of Memphis, Tennessee. He is also survived by his two brothers, Robert Dawkins, of Memphis, Tennessee, and Jim Dawkins, of Memphis, Tennessee, who currently resides in Dallas, Texas. Charles had three granddaughters, Tatelyn Collins, Bradleigh Collins, and Carlee Jane Collins. In lieu of flowers, the family is requesting that donations be sent to the Alzheimer’s Association. To view the webcasted service click on the link below: http://webcast.funeralvue.com/events/viewer/36275

The family of Charles T. Dawkins created this Life Tributes page to make it easy to share your memories.

Send flowers to the Dawkins family.