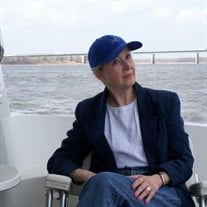 This weekend we celebrate the life of Carol Kathleen Conglis, my beloved mother in law who passed away on December 28th in Collierville, TN from complications due to kidney failure. She was 85 years old. "BeeBee", as she was known to family and friends, was the personification of goodness, grace, beauty and wisdom. Born Carol Kathleen Maher to Gertrude and Sylvester Maher on March 11th, 1936 and raised in Valmeyer, IL she was always proud of her Irish-American heritage, and was a lifelong fan of Cardinals baseball in nearby St. Louis. In 1956, at barely 20 years of age, she embarked on her life's calling by becoming the second youngest flight attendant ever hired by American Airlines. After marrying USN Officer Dr. Peter C. Conglis and a few-years pause to become the mother of my future wonderful wife, Kathleen Marie "Kitty" Conglis, she would resume her airborne duties, initially with Ozark Airlines and then internationally with Northwest Airlines, rising to the position of International Flight Attendant Supervisor. Northwest would eventually merge with Delta Airlines, with whom she would retire after 40-plus years of service. Always a portrait of class and etiquette, she was ever the champion of treating others as one would wish to be treated, and though petite in stature, she had a fearlessly determined will about her and was fiercely dedicated to her family, friends, coworkers and pets She leaves behind her sister Sue Parada of St. Louis, her daughter Kitty Conglis-Christenbury and son in law Neal Christenbury of Collierville, TN, grandchildren Allie Radcliffe Behnke (husband Chris) of Austin, TX, Trevor Radcliffe of Temple, TX, Elizabeth Bailey Christenbury of Atlanta, GA, Will Christenbury (wife Corrie Dean Christenbury) of Nashville, TN and her beloved yorkie terrier Gussie. She also leaves her dearest lifelong friends Paula Bussman Balakas and Tim Balakas of Chesterfield, MO and Lois Price of Santa Barbara, CA along with a host of friends and associates from Northwest and Delta, her caregivers and fellow dialysis patients at Davita Dialysis as well as her loving caring neighbors in Collierville and Germantown, TN. The Celebration of Life for Carol will be held this Saturday, February 19th at the Catholic Church of the Incarnation, 360 Bray Station Rd., Collierville, TN with visitation beginning at 10:00 am followed by a funeral mass at 11:00 am. In lieu of flowers the family requests donations be made to the National Kidney Foundation or to the charity of your choice.

This weekend we celebrate the life of Carol Kathleen Conglis, my beloved mother in law who passed away on December 28th in Collierville, TN from complications due to kidney failure. She was 85 years old. "BeeBee", as she was known to family... View Obituary & Service Information

The family of Carol Kathleen Conglis created this Life Tributes page to make it easy to share your memories.

This weekend we celebrate the life of Carol Kathleen Conglis,...

Send flowers to the Conglis family.