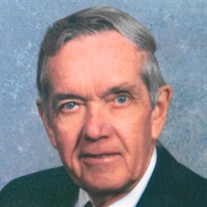 Byron Norman Brown, Jr., a long-time resident of Germantown, Tennessee, passed away on February 18, 2022, at the age of 93. Born on November 19, 1928 in Clarksdale, Mississippi, He was the oldest child of Byron Norman Brown, Sr. and Mary Sommers Brown. Norman was raised in Memphis, Tennessee, attended Snowden School, and graduated from Christian Brothers High School as Valedictorian of the class of 1947. Following high school, he obtained a Bachelor of Science in Commerce degree from the University of Notre Dame, graduating magna cum laude, and later obtained a Masters of Business Administration from the University of Mississippi, where he was a member of the Sigma Chi fraternity. As an officer in the United States Navy during the Korean War, Norman witnessed the first hydrogen bomb explosion at Eniwetok Atoll in 1952. Later, he served as a submarine officer aboard the USS Amberjack (SS-522) before being discharged from the Navy in 1954. On October 2, 1951, Norman married Paula Newton of Memphis, who was the love of his life. Following his Navy service, Norman and Paula returned to Memphis in 1954 and ultimately settled in Germantown in 1961. Shortly after moving to Germantown, they became members of Our Lady of Perpetual Help Catholic Church, and remained members there until their deaths. At their home in Germantown, Norman and Paula raised their three children, entertained countless family and friends, and doted on their four grandsons. Those days, many of which pre-dated Germantown’s growth into the city it is today, often involved riding horses and otherwise experiencing the more- relaxing pace of life outside the city, and will be fondly remembered by those who remain. Professionally, Norman enjoyed a long and successful career as a homebuilder and real estate developer. As a partner in Blaylock & Brown and subsequently the sole owner of a corporation by that name, Norman built hundreds of homes and rental units in Memphis under Federal Housing Administration and Veterans Administration programs from 1954-1972. These were relatively modest homes, but Norman was deeply gratified by the fact no one moved into one of these homes from a better environment. In later years, Norman was involved in the development of over 500 residential lots for homes in Germantown as well as commercial areas in Collierville, Tennessee. He also served as the president of the Germantown Civic Club, was a director of the Memphis Area Home Builder’s Association, and was a long time member of the 100 Club of Memphis. Norman was preceded in death by his wife of nearly 66 years, Paula Newton Brown; his mother and father; his brother Sommers Terry Brown of Washington, DC; and his sister-in-law Janetta M. Brown of Washington DC and Germantown. He is survived by his children Byron Norman Brown III (Gina), Hardin Brown, and Paula Brown Chapman (Jim); his four grandchildren Byron Norman Brown IV (Jennifer), James Todd Chapman (Brennan), Clay Brown Chapman (Keri), and Brandon Krell (Kristen); his six great-grandchildren James Trezevant Chapman, Anne Willis Brown, Huntson Huddleston Chapman, Byron Norman “Penn” Brown V, Harrison Brown Chapman, and Hayes Hamilton Chapman; his brother Marion Lee Brown (Helen) of Los Altos, California; his Sisters Jagoe Brown Wade of Huntsville, Alabama, and Evelyn Heun (Art) of Memphis; and his nieces and nephews. In accordance with Norman’s wishes, there will be a private graveside service for family. Memorial Donations may be made to the Church Health Center, 1350 Concourse Avenue, Suite 142, Memphis, TN 38104; the 100 Club of Memphis, P.O. Box 770726, Memphis, TN 38177; the Memphis Oral School for the Deaf, 7901 Poplar Avenue, Germantown, TN 38138; or the Madonna Learning Center, 7007 Poplar Avenue, Germantown, TN 38138.

Byron Norman Brown, Jr., a long-time resident of Germantown, Tennessee, passed away on February 18, 2022, at the age of 93. Born on November 19, 1928 in Clarksdale, Mississippi, He was the oldest child of Byron Norman Brown, Sr. and Mary... View Obituary & Service Information

The family of Byron Norman Brown Jr created this Life Tributes page to make it easy to share your memories.

Send flowers to the Brown family.