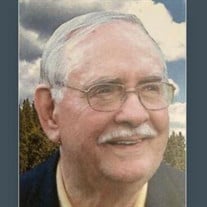 Ben David Hale passed peacefully to be with his Lord and Savior Jesus Christ on January 5th 2021. Preceded in death by his first wife, Jean, his parents Cecil E. Hale Sr. and Mable Blocker Hale, brother Cecil Jr. (Braddie Jo), sister June Davis (Chalmers) and other relatives. Mr. Hale was born August 19th 1934 in Altheimer, AR. He had an illustrious and multi faceted career that included travel all over the world and included very unique positions and experiences. He first served his country as 1st LT in the U.S. Army. Mr. Hale then served a very interesting and exciting career as an F.B.I. Special Agent for 25 years while residing in Virginia, Michigan, New Jersey, and finally Memphis Tennessee. He provided security for J. Edgar Hoover, President Lyndon Johnson, V.P. Humphrey, as well as Bobby Kennedy and his children. He was head of the S.W.A.T team in the Memphis division and designated sniper. He also taught firearms to many members of the Memphis Police Dept. and Shelby County Sheriff's Dept. Upon retirement from the Bureau; Mr. Hale was a consultant for the University Of Memphis regarding security and N.C.A.A. matters for the athletic department. He travelled with the men's basketball team and reported to the university President. He was then recruited to join Joyner, Heard, and Jones, a commercial real estate development company, focused on operations and land development. Mr. Hale was responsible for finding and development of the Southwind property and worked with the P.G.A. and the Danny Thomas/St. Jude Classic golf tournament. Mr. Hale then accepted a position as Corporate Director of Global Security and Investigations for Harrah's Entertainment. Other interesting consulting and work experiences included being a U.S.T.A umpire at the U.S. Open in New York, as well as other professional tennis tournaments across the country including the U.S. Indoor in Memphis. For two years Ben also provided private security for country legend Garth Brooks and travelled with Garth and Ben's dear friend Major George Curry in Nashville. Ben was also a Security Advisor for the Ramses Exhibition. The Lord Jesus Christ was his Savior, and along with his second wife Betty, ministered and witnessed to so many people and helped them in many other ways as well, including recording five CDs singing classic gospel songs that Ben and Betty handed out during their informal ministry and witnessing. His faith, family and friends (along with his many puppies over the years) were his source of joy and purpose. He leaves behind his loving wife of 14 years Betty, his three sons Scott (Kirsten) of Roswell, GA, Dennis (Deanna) of Winter Park, Florida, Steve (Karen) of Collierville, TN, and Jeff (Kay) of Kennesaw, Georgia, as well as 5 grandchildren Natalie, Lauren Goff (Josh), Austin, Adam and Lindsay, and his sister Betty Hale of Bend, Oregon. He was preceded in death by his first loving wife of 43 years Jean Barbee Hale. Due to COVID, a memorial service will be scheduled for a later date. Donations can be made to the church or animal rescue organization of your choice in Ben's honor.

Ben David Hale passed peacefully to be with his Lord and Savior...