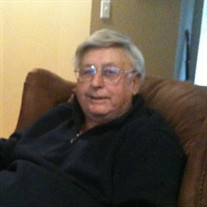 Arthur Martin Smith, better known as “Smitty” passed away on May 17, 2021 at Baptist Memorial Hospital after a brief stay. He was born September 4, 1932 in Eau Claire, Wisconsin to his late parents, Marty and Trace Smith. After graduating from St. Patrick High School in Eau Claire in 1951, he enlisted in the United States Air Force serving four years during the Korean War. He met his late wife Louise while stationed in Albuquerque, New Mexico while she was completing her residency at Baylor University. After getting married, they relocated to Memphis, Tennessee where he attended Memphis State University. Smitty was a long-time employee of Gordon’s Transportation in Memphis, TN as a claim agent. He also served as President of the Whitehaven Optimist Club in the early 1970’s. He was a lifelong sports fan who enjoyed following the Green Bay Packers, Memphis Tigers and Grizzlies, where he was a season ticket holder. He was an avid tennis player who competed in the state’s Senior games well into his late 70’s. He was affectionately known for his spin shot while on the court. Arthur was preceded in death by his loving wife of 42 years, Louise, his two sisters, Vivian Balke and Arlene Spaeth both of Eau Claire, Wisconsin. He is survived by one sister, Delores McFaul of Eau Claire, Wisconsin and three children, Steve (Sherry) Smith of Broken Arrow, Oklahoma, Michelle (Craig) Kitch of Kingston Springs, Tennessee, Greg Smith of Memphis, Tennessee and two grandchildren, Kaylee and Alexa from Broken Arrow, Oklahoma. He is also survived by a loving long-time companion, JoAnn Knight of Memphis, Tennessee and many wonderful nieces and nephews from Eau Claire, Wisconsin and Tulsa, Oklahoma. He will be cherished for his great sense of humor, easy going personality who displayed a quick smile with kindness who genuinely loved life. A memorial service will be held on Wednesday, July 21 at the Fireside Chapel of Memorial Park Funeral Home with inurnment to follow at Memorial Park Cemetery. Memorial Park Funeral Home and Cemetery, 5668 Poplar Ave, Memphis, TN, 38119. (901) 767-8930.

Arthur Martin Smith, better known as &#8220;Smitty&#8221; passed away on May 17, 2021 at Baptist Memorial Hospital after a brief stay. He was born September 4, 1932 in Eau Claire, Wisconsin to his late parents, Marty and Trace Smith. After... View Obituary & Service Information

The family of Arthur Martin "Smitty" Smith created this Life Tributes page to make it easy to share your memories.

Arthur Martin Smith, better known as “Smitty” passed away on...

Send flowers to the Smith family.