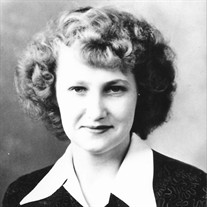 Annabelle Hoisington Martin passed into the arms of the Lord on October 25, 2021, at the age of 93. She was born in Kirkersville, Ohio, on August 23, 1928, the daughter of Albert Hoisington and Nellie Meadows Hoisington. Her Hoisington ancestors served in every American war since the War for Independence. Ann grew up on a farm near Rushville, Ohio with an older brother, Edward, and a younger sister, Mary. Ann attended Pleasantville High School where she excelled in math and softball. She also wrote poetry. After graduation, she moved to Columbus, Ohio, to begin a career in office work. There she met Robert Martin (“Bob”), and they fell in love and married on September 3, 1949. Bob joked that it was Ann’s “fried potatoes” that sealed the deal, but it was much more. Bob and Ann decided to devote much of their lives to raising children as Bob’s work moved them to Cambridge, Ohio, Rochester, New York, Bloomington, Indiana, and Memphis, Tennessee. They had three boys, Brad Martin of Chattanooga, Tennessee, Jeff Martin of Sandy Springs, Maryland, and Brian Martin of Moon Lake, North Carolina. Bob joined the heavenly Lord in 1996. Ann’s home was always open to the friends of her children and the children of her friends. Ann’s family grew with three precious daughters-in-law – Dina, Diane, and Marika, as well as 7 grandchildren and 7 great-grandchildren at the time of her passing. Ann was devoted to God, family, and friends. Those who knew her were blessed by her kindness. A service to honor Ann’s life will be held on Saturday, November 6, 2021, in the Mausoleum Rotunda at Memorial Park Funeral and Cemetery, 5668 Poplar Avenue, Memphis, TN, 38119. The family will greet visitors from 11 a.m. to 12 p.m., with the service following at 12 p.m. The family requests that, in lieu of flowers, donations may be given to help provide medical services to those in need at ChurchHealth, 1350 Concourse Ave., Suite 142, Memphis, TN 38104; https:/churchhealth.org. Memorial Park Funeral Home and Cemetery, 5668 Poplar Ave, Memphis, TN, 38119. (901)767-8930.

Annabelle Hoisington Martin passed into the arms of the Lord on October 25, 2021, at the age of 93. She was born in Kirkersville, Ohio, on August 23, 1928, the daughter of Albert Hoisington and Nellie Meadows Hoisington. Her Hoisington... View Obituary & Service Information

The family of Annabelle Hoisington Martin created this Life Tributes page to make it easy to share your memories.

Annabelle Hoisington Martin passed into the arms of the Lord...